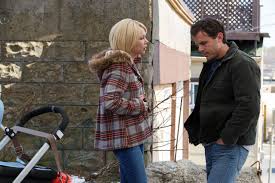 I watch a lot of movies, which means that my opinions on film are … no more or less valuable than anyone else’s. Perhaps a little more valuable in one sense: the chances that I have seen the film you’re considering are higher than that of most people. But you are going to like the films you like and you should.

With the Academy Awards around the corner, I thought it would be fun to write about my favorite films of 2016, many of which are contenders to take home top prizes at the Oscars. In fact, I have seen all eight films nominated for Best Picture, and nearly all of the nominated actors. Even so, I have only watched 40 movies that were released in 2016, which is nowhere near all of them. Had I written a post like this one year ago, I would have told you that my favorite 2015 movie was Spotlight, which ended up taking home the big prize. A few weeks later I finally saw the film Carol, which had not been nominated for Best Picture, but which I now believe to be my favorite film made in 2015. At least for now.

I liked almost all of the 40 films I saw, and I loved many of them. Like everyone else, I have become pretty good at determining what films I will most likely enjoy so it stands to reason that I won’t see many “bad” films (meaning, films that I don’t like). I am not always right, but I do better than random chance.

So here are my Top 10. (I will link to their Metacritic page in case you want to read other opinions, which you should.)

10. Hidden Figures. Probably the most paint-by-numbers of the films on this list, a true story that goes where you want it go. Had this been fiction, you would almost feel as if the filmmakers made the three heroines too smart and confident, and their accomplishments a bit too exceptional. Amazingly, it was all true.

9. Hell or High Water. An old-fashioned cops-and-robbers caper at its heart, with Jeff Bridges trying to track down Chris Pine and Ben Foster in rural Texas. Well-written and acted.  Bridges is the best actor there is, of course.

8. Certain Women. The overlapping stories of four women doing the best they can in small town Montana. All the leads are great, with Kristen Stewart the best in my view.  (I also liked Stewart in another 2016 film, Woody Allen’s Cafe Society, so perhaps I need to pay more attention to her.) Michelle Williams is also tremendous.

7. Love and Friendship. I have a soft spot for Jane Austen adaptations, and for Kate Beckinsale, who stars here, and who played “Emma” two decades ago. This film was well received by most critics, though a few friends have told me they did not care for it. In this story, Austen uses various love entanglements to critique the social system and the place of women therein.  Beckinsale’s Lady Susan is a complicated heroine, to say the least.

6. Things to Come. Isabelle Huppert, the star of this film, won a Golden Globe this year for a different film (Elle) which I have not seen. (I will revise this list if Elle, or anything else, breaks into my Top 10.)  In Things to Come she plays a wife, mother and scholar whose life suddenly becomes upended. You might notice that six of my top 10 are stories centered around women, three around men, and one was a draw.

5. Arrival. Hopefully everyone is aware of how great an actress Amy Adams is. She was extraordinary here, though she oddly did not get a Best Actress nomination, which would have been her sixth. She has never won. A very slow-moving film that nonetheless kept me on the edge of my seat. (Another of my favorite roles this year, Jessica Chastain in Miss Sloane, was also left out.)

4. Jackie. I loved this film. Natalie Portman plays Jackie Kennedy in the days just after her husband’s murder. Portman becomes the woman we think we know but obviously do not know. The audience is wondering, “Why is she doing that? Why did she make that decision?” But all the while, I kept thinking, “What a nightmare this woman went through.”

3. La La Land. According to all the oddsmakers, this movie is going to win the top prize. Which is fine by me. I have it #3, but I consider 2016 to be a great year for film — there are entire years in which my favorite film would not make the Top 5 of 2016. Hollywood used to exist to make films like this — stories of beautiful likable people who have big dreams — until cynicism and realism became the order of the day. I hope that the lesson of 2016 is that audiences are willing to watch well-executed films of both types.

2. Moonlight. This film has been universally praised and I really have little to add. It presents a world I know nothing about, and reminds me that there are people everywhere who just want to find a little love and happiness. I need to see it again.

1. Manchester By The Sea. There is a lot of pain and sadness in the film, but I somehow left the theater feeling more human than when I walked in. An acting master class from Casey Affleck and Michelle Williams, among others, in a film that draws you in from the opening scene, janitor Affleck shoveling the stairs outside a Boston apartment building, to the very end of the film.

Like I said, a great year for film.  And since it was a bad year for America, I have really needed the diversion.  I have yet to see a 2017 film (still catching up on last year), but I assume I will be fixing that soon. My advice: watch more movies.