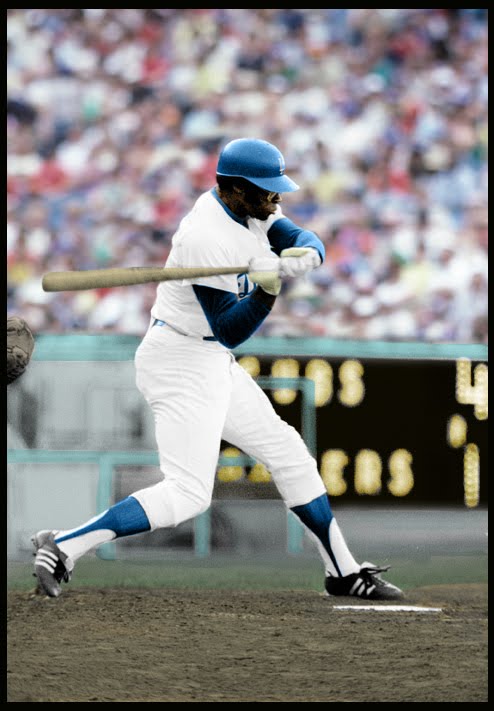 Note: This article was originally published at TheNationalPastimeMuseum.com in December 2017 and is reprinted here by permission.

Although the main purpose of baseball’s winter meetings, for more than a century, has been to allow baseball management to meet on important issues of the game – franchise problems, television deals, labor issues, rules proposals – most of the media coverage, and most of the fan’s attention, is focused on trades (or, in recent years, free agent signings). Teams have always been able to trade throughout the off-season, but something about being in the same hotel has led to both increased fan expectation, and more actual trading.

If an active trade-fest is the kind of winter meetings you crave, then 1971 was the winter meetings for you. There has never been anything like it. When the dust settled, 53 players had changed teams in fifteen trades, including some of best players in the game. Most significantly, several of the deals acted to dramatically reshape teams that would dominate the rest of the decade.

Let’s go through some of the bigger deals, roughly in the order they were announced.

For the Astros, the key man was May, who had hit 39 home runs in 1971 – 26 more than any Astro had hit. The Reds coveted Morgan’s speed, his left-handed bat, and his ability to get on base. The deal also allowed the Reds to move Tony Perez from third base to his natural spot at first base, while slotting Menke at third. Mainly due to injuries the Reds had had a down year in 1971, but this move seemed to right the ship all at once.

Bob Howsam, the Reds general manager who made this deal, was interviewed often about it over the remainder of his life. Howsam had a history of finding out what the other team craved, or who the other team should crave, and subsequently asking for players that he believed the other team didn’t properly appreciate. Morgan was a guy the Reds manager – Sparky Anderson – loved, while his current manager – Harry Walker – wanted him to chop down on the ball and bunt.

Once Howsam got the Astros to buy into the Morgan-for-May notion, he just piled on other players he convinced Houston they didn’t really need. Geronimo became the Reds’ starting center fielder for a decade, and Billingham one of their best starters. Despite May’s continued excellence as a power hitter, this proved a brilliant deal for the Reds. Over the next five years, Joe Morgan was the greatest player in baseball.

* The Cleveland Indians traded pitcher Sam McDowell to the San Francisco Giants for pitcher Gaylord Perry and infielder Frank Duffy. “McDowell gives us the lefthanded pitcher we needed so badly,” said Giants GM Charlie Fox, “a lefthander who can strike someone out. McDowell is 29 and Perry is 33, so the age factor is in our favor.” Indians GM Gabe Paul was particularly excited about getting Duffy, a highly sought after young shortstop.

Although Perry had a long track record of success, the Giants were thought to be getting the better pitcher. In the event, McDowell battled alcohol and other problems, while Perry had many excellent seasons still ahead of him.

* The Chicago White Sox dealt pitcher Tommy John and infielder Steve Huntz to the Los Angeles Dodgers for infielder Dick Allen. Allen had had a lot of trouble with Phillies management and fans, but the White Sox were excited about his potent bat. “I know when he goes on the field he gives you 100 percent,” said manager Chuck Tanner. “He gives you a good day’s work. I judge a player strictly on what he does for me.”

The remainder of their careers brings to mind the tortoise and the hare. Allen had two-and-a-half excellent seasons in Chicago (he missed half of 1973 with a broken leg), but was finished as a player by 1977. John suffered through his own elbow injury, which led to his famous surgery, and (though just one year younger than Allen) lasted 12 additional seasons and won 204 games after the trade. In the end, he beat Allen in WAR (via BaseballReference.com), 62.3 to 58.7.

* The Astros, having acquired Lee May to play first base, dealt young first baseman John Mayberry and a minor leaguer to the Kansas City Royals for two young pitching prospects. This seemed a lesser deal, but it helped transform the upstart Royals into a contender.

Looking back, its clear that the Astros (whose craving for power led to the Morgan-for-May trade), actually had power, though the Astrodome helped mask their assets. The 1971 Astros had John Mayberry, Bob Watson, Joe Morgan, and Jimmie Wynn, all of whom had big power years ahead of them. One of their problems, according to later accounts, is that manager Harry Walker did not value the power he had, that he wanted his players to play small-ball, to hit to the opposite field, to bunt. John Mayberry became a hitting star immediately in Kansas City.

* The American League champion Baltimore Orioles traded their heart and soul, veteran outfielder Frank Robinson, to the Los Angeles Dodgers for four young players, including pitcher Doyle Alexander. Along with their tremendous major league team the Orioles had an enviable minor league system. Their latest young star was Don Baylor, the minor league player of the year in 1970 who then had to repeat Triple-A because he had no place in the play in the great Oriole outfield. Robinson was 36 and seemed the obvious player to go.

American League rivals cheered the loss of Robinson to the National League, but the Orioles were thinking of the future. “It’s a 1974-75 type deal for us,” said Baltimore manager Earl Weaver.” Robinson took the deal well, saying, “I’m leaving one classy organization and going to another.”

* There were many more deals, involving players like Leo Cardenas, Del Unser, Tom Haller, Stan Bahnsen, and Tom Hall – all of whom would play key roles on their new teams — but nothing could match the star power that included the next year’s AL MVP (Allen) and Cy Young Award winner (Perry), plus arguably the best player in the game (Morgan). For those of us following along, a lot of baseball cards had to be moved into new team piles that December.

What did Ted Williams, Texas Rangers manager whose club was involved in three trades, think of all this? Trades created positive thinking. “You’re going to be wrong, or you’re going to be right when you trade, but you’re accomplishing something because you’re stimulating the player and the manager.” Of course, Ted was never traded.

The most disappointed fans were those whose teams did NOT make any deals. The rumor mill had the New York Mets landing Ron Santo (Cubs) or Deron Johnson (Phillies), but Mets general manager Bob Scheffing came up empty. “The natives are getting restless in New York,” said the Sporting News.

Sufficiently chastened, on December 10, six days after the conclusion of the meetings, Scheffing announced that the Mets had finally joined the trading party. The club had acquired Angels shortstop Jim Fregosi at the cost of four young players, including pitcher Nolan Ryan.

The lesson, as in so much of life: be careful what you wish for.

2 thoughts on “The 1971 Baseball Winter Meetings”